A Short History of Pizza 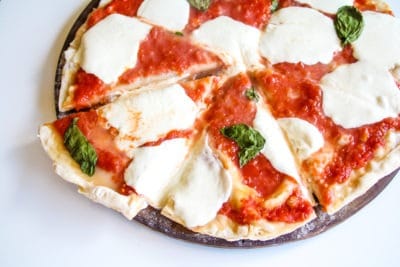 A Short History of Pizza

According to legend, pizzas were developed in Naples, Italy when bakers sold excess dough to poor people. The bread developed into one of the earliest pizzas and was decorated with tomatoes, oil, cheese, and anchovies. These pizzas were sold all over Italy because they were cheap, filling, and tasty. Also, different variations of pizza started all across Italy and ingredients such as meat, herbs, vegetables, and spices were added.

Pizza Margherita, one of the most popular types of pizza available today in Italy, got its original start in Naples while the Italian king and queen (King Umberto I and Queen Margherita) were visiting in 1889. It’s rumored that the queen who was bored of dining on French cuisine requested a local Pizzeria – Pizzeria Brandi – to make a mixed variety of pizzas to try for something different. The Queen loved a pizza variation topped with red tomato sauce, mozzarella cheese, and basil, and it was dubbed Pizza Margherita from then on in her honor. Nobody is sure if it’s a coincidence or not that Pizza Margherita features the Italian colors with its red sauce, white cheese, and green basil toppings.

The introduction of tomatoes to Italian cuisine in the 18th and early 19th centuries finally gave us the true modern Italian pizza. And although pizza remained an exclusive Naples delicacy for a couple of years, things didn’t remain that way for long.

Pizza has spread through countless countries, cultures, and has traveled across the globe. When Italian immigrants brought it to the United States in the early 19th century, it spread like wildfire across the expanding land. Distinct regional types developed in the 20th century, including Buffalo, California, Chicago, Detroit, Greek, New Haven, New York, and St. Louis styles. From New York to Chicago to California, Americans consume more than 3 billion pizzas a year. 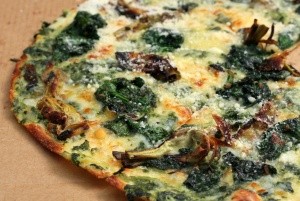 California-style pizza emerged during the early 1980’s. It is comprised of its own style, and it could be viewed as a return to the pre-modern pizza styles of 16th century Naples. Its toppings varied and it included ingredients such as truffles, artichokes, goat cheese, and other vegetables for a healthier California style. In 1982 California staked a claim on the pizza world which reflected Hollywood’s need for extravagance and luxury. Californians created non-Neapolitan variations, eventually including California-gourmet pizzas topped with anything from barbecued chicken to smoked salmon.

In 1989 Dough Boys opened in Virginia Beach, Virginia bringing those same unique styles of pie to the East Coast. Since it’s creation Dough Boys has created dozens of creative recipes of this timeless dish. Ranging from breakfast pizza with fried eggs on top, to cheeseburger pizza, meatloaf pizza, and the timeless BBQ chicken pizza.

Bring the unique taste of Dough Boys into your home with our unique pizza creations.